Generic is a copy of the original drug. A company that has recorded a drug with a new molecule or a combination of molecules receives a patent. The patent validity time is 20 years. After this period has passed, other pharmaceutical companies are also eligible to release and sell generics of this medicine. If there are talks not about a small molecule (aspirin, ibuprofen), but about a large one, then such drugs are called biosimilars, or bioanalogs. The list includes vaccines or monoclonal antibodies (used in experimental HIV treatment).

How are generics different from original drugs?

There should not be significant differences in effectiveness and safety, but in practice, generics can affect the body in a different way. It happens because those drugs consist not only of the active substance but also of auxiliary substances. They allow the active component to be excreted at the right speed and in the right place. If excipients are chosen poorly, it can seriously influence the drug effect. It is very important for long-acting drugs. In addition, impurities in the raw materials for generics and the conditions of their production affect the total outcome. 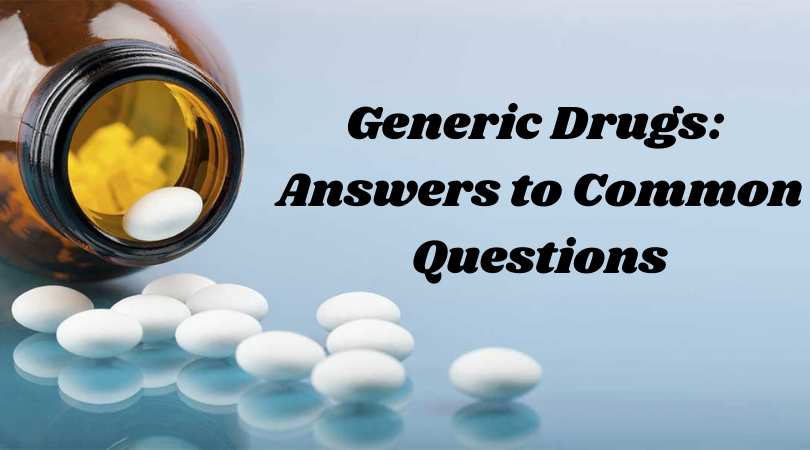 How are generics checked?

To register a generic, a pharmaceutical company must prove that it is bioequivalent to the original. The drugs have the same absorption rate, the maximum substance concentration in the blood and the duration of the persistence in the body. If the drug is not absorbed (for example, ointment), then the composition should correspond to the original. The difference in excipients should not affect the result. Sometimes a full-fledged clinical study is carried out, as for the patent of the original drug.

Why are generics cheaper than original drugs?

In most cases, generics are cheaper because their manufacturers do not invest in finding new effective and safe molecules. Those involved in such research need to somehow cover the costs of not only the development of new drugs but also for research that fails. Therefore, often the original drugs are expensive. Their monopoly lasts a long time. The final cost of generics is often affected by market conditions.

How to recognize a generic?

There is no official base. There was no need for such a service because generics are a complete replacement for the original drugs. However, those interested can study the list, which contains the original drugs with popular active ingredients.

How to understand which generic is better?

There is no official data on this, because if a generic successfully patented, it, in theory, cannot be better or worse than others. In studies, generics are very rare compared with each other. In this case, you can rely on the experience of the attending physician.

Which Indian Generics for ED are Better?

It is impossible to unequivocally answer this question. Everything, in this case, depends on the specific goals of the patient. Each of the analogs of drugs has a list of advantages and disadvantages.

The most long-lasting pills are drugs that are made according to the Cialis patent. They can be combined with alcohol and meals.

A very good opinion among users remained after taking Levitra generics. It practically does not affect the work of other body systems. It shows stable results.

Avanafil is considered the most modern medicine mentioned. It works for up to 12 hours. There is a minimum list of side effects.

Dapoxetine is an effective option in terms of combating premature ejaculation. You will forget about unpleasant situations when you can’t satisfy your partner because of too fast ejaculation.

All of the above information is very generalized. Each specific generic, and there are dozens of them, has its own aspects. Therefore, those who take them must read the instructions and follow the doctor’s recommendations.