Lifeline number for free counselling in Ireland and Nothern Ireland – 112 and 999. The Samaritans is a registered charity dedicated to providing emotional support to anyone in distress, self-harm or at risk of suicide throughout Ireland. Toll-free 116, 123 for Samaritans in Ireland or Northern Ireland.

Lets’ considered what is self harm and how it affects the mental health. The lifeline in NI s available for people of different ages. 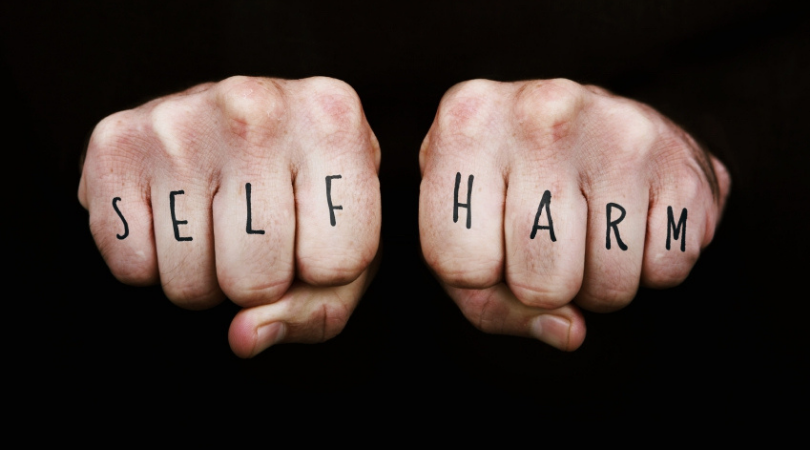 What is self harm?

The official name for self harm is “non-suicidal self-injury” (NSSI), which means deliberately attempting to harm your body without intending to commit suicide. Most often, these are self-inflicted cuts, bruises and burns. The definition arose not so long ago, so experts have not yet agreed on what actions to include in the NSSI concept and where the border of the psychological norm lies.

According to the International Classification of Diseases, selfharm is not only cutting, burns and blows, but also abuse of alcohol, drugs and medications, refusal of food or water, obsessive desire to pull out hair on the head and body (trichotillomania), scratching the skin (dermatillomania), contact with hot objects, jumping from a height and even animal bites, which the person does not try to avoid.

The British National Institutes of Health (NICE) proposes to narrow the scope a little and exclude overeating, starvation or excessive alcohol from the list of self-harm. Body modifications – such as tattoos or piercings – are also not considered self-harming today. Another approach suggests dividing self-harm into direct self-harm and indirect self-harm, placing eating disorders and substance abuse in the second group.

Why draw any boundaries at all and, in principle, study this phenomenon? Psychologists name several reasons.

The number of people prone to self-harm has been growing in recent years. And with it, the prejudice of others is growing – selfharm is much more stigmatized than other voluntary actions associated with pain (for example, tattoos), and public condemnation affects the life quality of those who practice NSSI.

In addition, self-injurious behavior may be associated with an increased likelihood of future suicide. Considering that suicide causes hundreds of thousands of deaths every year, scientists track all risk factors. However, it is worth clarifying that this relationship is far from always, and self-harm in itself is not an attempt at suicide.

Whom does it concern?

Self harm is often considered an exclusively youthful phenomenon, but this is not true: physical auto-aggression is possible at any age. However, adolescents and young adults do harm themselves more often than representatives of other age groups: at least 10% of young people in the world have resorted to NSSI, sometimes researchers say 20-30%. Estimates vary depending on what counts as “real” voluntary self-harm — for example, deliberate starvation or animal bites.

Self harm has practically no age limits. Educators in British kindergartens have noticed a tendency to self-harm even in three-year-olds; preschoolers often scratch their hands or bang their heads against walls. Self-harm also occurs in older people – for example, in a British hospital in the late 1980s, 5.4% of self-mutilating patients were over 65 years old.

Women hurt themselves more often than men both adolescence and adulthood. They more often choose the “classic” form of selfharm – cuts; young men usually resort to other methods, such as hitting a wall with their whole body. Homosexuality and bisexuality increase the risk of NSSI regardless of gender.

Everything is legal: self-harm allowed by society

The definitions of the NSSI are so broad that the question arises: what to do with practices that include the same elements of self-torture, but at the same time have become a long tradition – for example, have long been included in religious rituals. Despite their superficial similarity, they are not considered a medical problem and are much less condemned than selfharms.

The mortification of the flesh is an important element in many religions. Its methods are difficult to distinguish from the “classic” selfharm: believers also injure themselves and refuse what is necessary. Practices such as strict Christian fasts or Hindu Ekadashi (days of austerity) fit easily into the life of a modern city dweller. But far less familiar rituals have survived to this day – for example, processions of flagellants. For the first time, they passed through the streets of Europe in the XIII century, and today such processions can be seen outside the Old World, including in the Philippines.

In the past, the purpose of public self-flagellation was repentance and absolution. Today, participation in the procession is also a tribute to tradition. There are rituals of self-torture in some areas of Islam, they are included in the Shiite rite of Tatbir. Both Christian and Muslim traditions of self-flagellation have critics, but small groups of believers repeat these rites from year to year.

Another area where self-harm is considered perfectly acceptable is initiation rituals, including initiation rites for adolescents. For example, during the ceremony, young men of the Brazilian Satere Mave tribe wear special mittens full of poisonous ants, and must endure painful bites for several minutes. Such a rite serves as a symbolic cleansing before the transition to a new status or proves that the subjects are able to control their reactions. Self-harm is often included in new, spontaneously arising rituals of initiation: this behavior was often noted among those who first got into a closed institution (for example, a boarding school or the army).

Scientists believe that the difference between “social” self-harming behavior and NSSI lies in the intentions of the self-mutilating person.