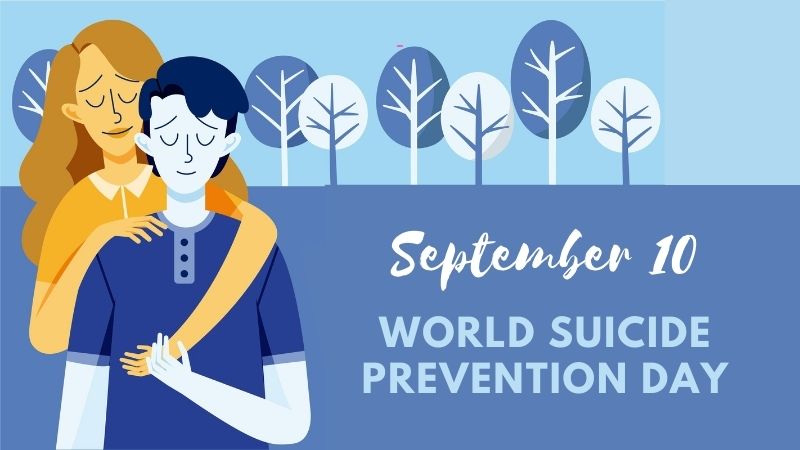 Suicide is an act with a fatal result, which was intentionally started and performed by the deceased in the knowledge and expectation of a fatal result.

The global goal of the World Suicide Prevention Day is to reduce the level of suicides and suicidal attempts among the population in all countries through the implementation of measures aimed at preventing suicidal behavior of the population, uniting the efforts of many ministries, departments, local executive and regulatory bodies, public associations, and religious confessions.

The prevention of suicidal behavior is one of the most important tasks of society, the implementation of which is possible only with the integration of the efforts of many departments into a single preventive strategy.

The leading strategy of WHO to reduce the risk of suicide is the identification of specific risk groups in the population with the definition of specific problems and needs in each of these groups.

Despite the successes of some countries in suicide prevention, the problem is far from being solved and requires much more active efforts

The number of countries that have adopted national suicide prevention strategies has increased in the five years since the publication of the first global WHO report on suicide, according to the World Health Organization. However, in absolute terms, there are not many such countries – on-ly 38, and it is necessary that this figure continues to grow.

“Despite the progress made, one person dies from suicide every 40 seconds,” said WHO. Every suicide is devastating for family members, friends and colleagues. But suicide can be prevented. We call on all countries to find sustainable solutions to integrate proven suicide prevention measures into national health and education programs. ”

Suicide rates are highest in high-income countries, where suicide is the second leading cause of death among young people.

The most common ways of committing suicide are hanging, pesticide poisoning, and suicide with a firearm. The main interventions that have proven to be effective in reducing the number of suicides are limiting access to means of committing suicide; advocacy with the media on responsible reporting of suicide cases; implementing life skills development programs for young people to cope with stressful situations; early identification, care and follow-up of individuals at risk of committing suicide.

The intervention with the greatest potential in reducing suicide is to restrict access to pesticides, many of which are used as a weapon of suicide. Due to the high toxicity of many pesticides, suicide attempts with their use are often fatal, especially in situations where there is no antidote or there is no medical facility nearby.

As stated in the WHO guideline, “Prevention of Suicide. Guidelines for Pesticide Regulators”, evidence from around the world is increasingly demonstrating that banning the highest hazard classes of pesticides is reducing national suicide rates. The most studied is the experience of Sri Lanka, where the introduction of a series of bans on pesticides led to a 70% reduction in the number of suicides and saved the lives of 93,000 people between 1995 and 2015.

The need to improve data quality

Timely registration and regular monitoring of suicides at the national level are the keys to successful national suicide prevention. However, only half of the WHO Member States for which estimates were available in 2016 had quality data from civil registration systems. Most of the countries that did not have such data were classified as low and middle-income countries. Better monitoring of suicide and suicidal behavior will contribute to more effective suicide prevention measures and the collection of more accurate data on progress towards the global goals in this area.