What Are The 3 Types of Antidepressants? 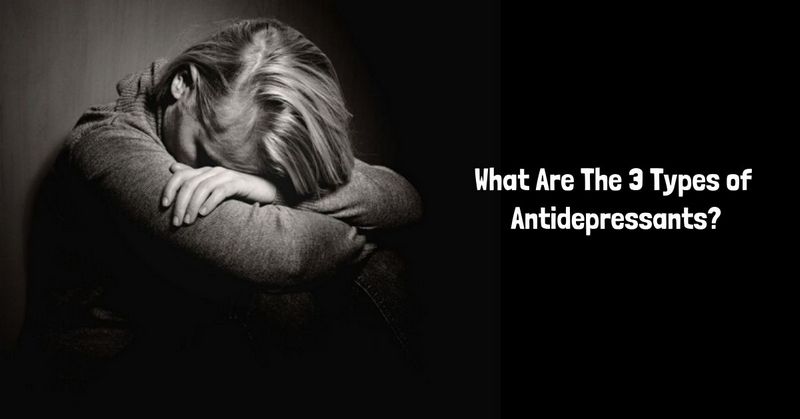 Recently, the number of people suffering from depression has increased significantly. This is largely facilitated by the frantic rhythm of modern life, an increased level of stress, economic and social problems. All of this cant affect the mental health of people.

People feel changes in the psyche when they are reflected in their performance and social relationships. They go to a doctor for advice are often diagnosed them depression.

What is depression and why is it dangerous?

First of all, it should be noted that one should not be afraid of this diagnosis. The disease does not indicate that the person is mentally disabled. It does not affect the cognitive functions of the brain and in most cases it can be cured.

However, depression is not just a bad mood or sadness that can be experienced from time to time by healthy people. With depression, a person loses all interest in life, feels him- or herself overwhelmed and tired all the time, cannot make any decisions.

Depression is dangerous because it can affect the entire body, causing irreversible changes in its individual organs. In addition, with depression, relations with other people deteriorate, work becomes impossible, thoughts of suicide appear.

Depression is not really the result of a person’s weak will, his/her insufficient efforts to correct the situation. In most cases, it is a biochemical disease caused by metabolic disorders and a decrease in the amount of certain hormones in the brain, primarily serotonin, norepinephrine, and endorphin, which act as neurotransmitters.

Therefore, depression often should be treated with not medications. A person in a depressed mood can be helped by a change of scenery, methods of relaxation and auto-training, etc. but all these methods require considerable effort on the part of the patient, his/her will, desire and energy. And they are usually absent when a person is depressed. It is a kind of a vicious circle. Breaking it without the help of drugs is often impossible.

Classification of antidepressants by the principle of action on the body

There are several options for classifying antidepressants. One of them is based on what kind of clinical effect the drugs have on the nervous system. There are three types of such actions:

Sedative antidepressants have a calming effect on the psyche, relieving anxiety and increasing the activity of nervous processes. Activating drugs fight well with apathy and lethargy. Balanced drugs have a universal effect. As a rule, the sedative or stimulating effect of drugs begins is felt already from the first administration.

Classification of antidepressants by the principle of biochemical action

This classification is considered traditional. It is based on what chemicals are included in the drug, and how they affect biochemical processes in the nervous system.

This is a large and diverse group of drugs. TCAs have long been used in the treatment of depression and have a solid evidence base. The effectiveness of some drugs in the group allows medical specialists to consider them standard antidepressants.

Tricyclic drugs can increase the activity of neurotransmitters – norepinephrine and serotonin, thereby reducing the causes of depression. The name of the group was given to biochemists. It is associated with the appearance of the molecules of substances of this group, consisting of three carbon rings joined together.

TCAs are effective drugs but have many side effects. They are observed in approximately 30% of patients.

The main drugs of the group include:

These are the first generation antidepressants.

Monoamine oxidase is an enzyme that breaks down various hormones, including neurotransmitters. MAO inhibitors interfere with this process, due to which the number of neurotransmitters in the nervous system increases, which in turn leads to the activation of mental processes.

MAO inhibitors are quite effective and cheap antidepressants but have a lot of side effects. These include:

When taking certain drugs, you should also follow a special diet to avoid the ingestion of potentially dangerous enzymes that are metabolized by MAO.

These drugs belong to the third generation of antidepressants. They are relatively easily tolerated by patients and have fewer contraindications and side effects compared with TCAs and MAO inhibitors. Their overdose is not so dangerous in comparison with other groups of drugs. The main indication for drug treatment is major depressive disorder.

The principle of the drug’s operation is based on the fact that the neurotransmitter serotonin, which is used to transfer impulses between neuron contacts, does not return to the cell transmitting the nerve impulse when exposed to SSRIs, but is transferred to another cell. Thus, antidepressants such as SSRIs increase the activity of serotonin in the nerve chain, which has a beneficial effect on brain cells affected by depression.

As a rule, drugs of this group are especially effective for the treatment of severe depression. In depressive disorders of minor and moderate severity, the effect of drugs is not so noticeable. However, a number of doctors adhere to a different opinion, namely that in severe forms of depression it is preferable to use proven TCAs.

The therapeutic effect of SSRIs does not appear immediately but usually after 2-5 weeks of administration.

This class includes substances such as:

There are many factors to consider when treating depression. This is the patient’s health status, physiological parameters of his or her body, a type of disease, and other drugs he or she takes. Not every patient will be able to independently analyze all factors and choose a drug and its dosage in such a way that it would be useful and not bring harm. Only specialists – psychotherapists and neuropathologists with extensive practical experience will be able to solve this problem and say which antidepressants are better for a particular patient. After all, the same medicine used by different people will lead to a complete cure in one case, in another – it will not have any effect, in the third case – it can even aggravate the situation.

Almost all drugs for depression can cause side effects. And there are no potent drugs without side effects. The prolonged uncontrolled use of drugs or excess dosage are especially dangerous. This may cause intoxication of the body with serotonin, which can lead to death.

If you think you are depressed, it is recommended that you consult a psychotherapist or neurologist. Only a specialist can carefully study your symptoms and prescribe a suitable drug in your case.